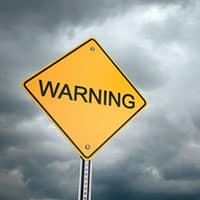 Literary Agent Query Letter – Did you know that many authors, literary agents, and other publishing professionals give bad advice about how to write a query letter? They’re not doing it on purpose, but you need to understand it so you don’t fall into their trap and follow their advice. This article is part of a free 15-part guide called How to Write a Query Letter written by Mark Malatesta, a former literary agent and former Marketing & Licensing Manager of a well-known book publisher.

This article reveals why authors, book agents, and other well-meaning publishing professionals often give advice that puts writers at a disadvantage.

There are five types of people in the world giving advice to authors about how to write a literary agent query letter (including book agents). I’m going to tell you a little bit about each of them. That way you’ll know who to pay attention to and who to ignore.

And that will greatly improve your chances of
getting a top literary agent, publisher, and book deal.

So, let’s get started…

The first type of person giving authors advice about the best way to write a literary agent query letter is easy for most writers to ignore. But you might struggle with someone like this, so I thought I better mention it. This type of “expert” is someone you’re emotionally connected to–who has absolutely no experience with (or connection to) the publishing industry.

People that fall into this category might include your best friend, son or daughter, sister or brother, father or mother, spouse or lover, grandfather or grandmother, or distant relative. These people might have the best intentions (they usually d0), and you might feel somewhat obligated to take their advice since they’ve spent hours listening to you talk about your book.

But that doesn’t make it right.

Because they don’t
have a clue.

And they can destroy your chances of getting
a top book agent, publisher, and book deal.

Turn to these people for inspiration, but
don’t put your writing career in their hands.

The second type of person giving authors advice about the best way to write a literary agent query letter is harder to ignore. This type of “expert” is someone who’s really smart and/or successful in life, but who also has no experience with (or connection to) the publishing industry.

People that fall into this category might include that guy you know who’s the top salesman in his region for the company he works for. The entrepreneur you met last week at a party. The English teacher you dated for a while. Your business coach. Your doctor. Or the woman who manicures your nails who was recently voted “Best New Salon Franchise Marketer of the Year.”

One of the biggest mistakes that successful people make (like those I just mentioned) is thinking that success in one area translates to another area. It doesn’t. In other words, just because someone is CEO for a Fortune 500 company doesn’t mean he or she can write an effective literary agent query letter.

These people can do
more harm than good also.

Why shouldn’t you listen
to these people?

Just because someone might know more than you about the publishing industry doesn’t mean they know how to write a successful literary agent query letter.

At least not on the same level as someone
in categories four and five (below).

The fourth type of person giving authors advice about the best way to write a literary agent query letter is… someone who’s recognized as an authority in publishing, who regularly reads query letters.  In other words, literary agents and publishers. But you shouldn’t listen to them, either.

At least not completely.

Yes, book agents and publishers are certainly more knowledgeable than everyone else I’ve talked about in this article so far. That’s because they’re constantly reading query letters.

When literary agents and publishers give you advice about how to write a query, they can only give you their personal perspective. In other words, they can only share what they want to see in a query letter–their individual preferences and pet peeves. That’s why authors get confused; they’re getting conflicting information.

It isn’t going to pop.

The fifth and final type of person giving authors advice about how to write a query letter is the most qualified. This type of expert is someone who’s recognized as an authority in publishing, who also spends most of their time helping authors create successful query letters–resulting in those authors getting top literary agents and book deals.

Now I know what you’re thinking.

Although there aren’t
many of us.

And, I don’t know of anyone (other than myself) that has built an entire business around helping authors improve their query letters. In other words: it’s their main area of expertise, it’s what they do best, and it’s the main service they provide. I certainly haven’t seen anyone else with an entire website devoted to query letters. And I don’t know of anyone else with more than a hundred success stories and testimonials from authors they’ve helped achieve success.

Now I’m definitely not saying
I have it all figured out.

Writing a successful query letter is one part science and one part art (complex and imperfect). But I love what I do and I’m really good at it (that’s not ego talking, but experience); I have a 95% success rate helping authors get literary agents asking for more material. I’ve helped unpublished authors without any “formal writing education” get top agents and book deals. I’ve helped authors who’ve sent their query to hundreds of agents (and gotten nothing but rejections) to rewrite their query and start getting full manuscript requests. And I’ve helped previously published authors who’ve been dropped by their agent and/or publisher find new representation.

Of course, I don’t have the same success rate (95%) helping authors get representation and/or book deals (because the book has to be great as well, and that’s your job).

Now, why am I
telling you all this?

Because getting agents (especially top agents) to ask you for more material, based on your query letter, is extremely difficult. You need to be careful who you listen to. And you need to position your work in the best way possible–using every bit of leverage that you can, to get agents wanting more. The good news is that that’s exactly what I’m going to show you how to do in the rest of this free training on how to write a query letter.