How to Write an Agent Query – What Is a Query Letter? 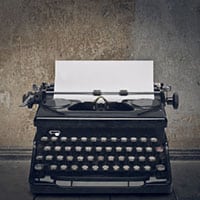 What is a query letter? Query letters are “pitch letters” submitted by writers to literary agents, book publishers, and/or magazine editors. Scroll below to learn more. This article is part of a free 15-part tutorial about How to Write a Query Letter, written by Mark Malatesta, a former literary agent and former Marketing & Licensing Manager of a well-known book publisher.

What Is a Query Letter? – 10 Things You Need to Know

That’s why I created this list of the ten things you need to know about query letters–so you can create a successful query. Even if you’ve already had some success writing queries, read this entire article. It has tips that have helped previously agented authors find new agents (and publishers). If my strategies can help authors like that improve their effectiveness and response rate, I’m pretty sure they can help you too.

What Is a Query Letter – Definition #1

Usually, the question is something along the lines of “Do you like this and… will you publish it and pay me for the privilege?” If your query letter is successful, top literary agents will be intrigued and want to see more: book synopsis, book proposal, sample chapters, and/or your complete manuscript.

What Is a Query Letter – Definition #2

A query letter is your opportunity to sweep the most eligible literary agents in the world off their feet and get them fighting over the opportunity to represent you.

I know that might be hard for you to imagine, especially if you’ve already gotten some (or a lot of) rejection letters. But instead of setting your sights too low, trying to get just one agent interested, you should try to get several agents interested. That way you can choose the agent who’s the best fit for you. But you can’t do that without an irresistible query letter, revealing why you and your book are “highly desirable.”

During my time as a literary agency owner and President, I read approximately 60,000 queries. I’ve read query letters that gave me goose bumps, made me gasp, and made me scream (in a good way). Yes, some query letters are really that good). However, most of them aren’t. Instead they’re boasting, begging, bribing, ranting, raving, wandering, dazed, hazed, and/or confused.

What Is a Query Letter – Definition #3

A query letter is the only way to get a literary agent to read your completed or partial manuscript (and get published by a traditional publisher like Random House)–98% of the time.

In the good ol’ days, authors could submit their query letters directly to book publishers. Not anymore. Literary agents emerged in the late 1800s in the United Kingdom. Now they’re everywhere. There are thousands of them around the world, although most of them are in the United States. Think of literary agents as “gatekeepers” for all of the major- and many medium-sized publishers.

As an aside, everything you’ll ever want or need to know about literary agents can be found here at one of our other websites for authors called Literary Agent Undercover.

What Is a Query Letter – Definition #4

A query letter is, first and foremost, a “sales letter.”

In other words, the sole purpose of a query letter is to “sell” or “promote” your finished book (or book idea) to literary agents. That’s important to understand because most authors don’t know anything about writing sales letters.

Authors usually think of themselves as creative artists, entertainers, and/or teachers. Not salespeople. And that’s one of the reasons good authors often write bad query letters. Here’s another reason: If you’re an author, you’re used to writing things in long form. Like full-length books. You’re used to taking your time, moving at a leisurely pace, and sharing lots of details.

But that’s the complete opposite of a query letter. They are designed to be concise, focus on the big picture, and make someone want to buy something. So, don’t get upset if sitting down to write a query letter feels like getting in your car to drive to the dentist.

What Is a Query Letter – Definition #5

A query letter is something that can be used to sell a book OR a book idea.

I mentioned this earlier, but didn’t explain it. Most authors know that you can pitch your completed book to literary agents and publishers, but you can also pitch your book idea. That is, if you’re writing a nonfiction book. In other words, if you’re trying to get a literary agent for your novel, it needs to be finished. If you’re trying to get a book agent for your self-help book, business book, or any other type of nonfiction book, you can do so without a finished manuscript. All you need is a book proposal and a few sample chapters.

What Is a Query Letter – Definition #6

Most authors focus exclusively (or too much) on the content of their query letters; style can be just as important. If you’re a humor writer, show-don’t-tell with a whimsical query letter. If you’re a romance writer, “flirt” with prospective book agents. Don’t be too business-like. Of course you should be professional. But there’s also nothing wrong with making an agent laugh out loud… or cry.

With their rejection letters.

What Is a Query Letter – Definition #7

Although every agent query should be slightly different, depending on the book genre (or category) and nature of the book, there are query rules, or guidelines, that should be followed.

Over the years I’ve identified more than a hundred different “ingredients” that you can add to your agent query. It isn’t possible to use all the ingredients in one pitch letter (that shouldn’t be your goal). But you should be aware of all the ingredients, so you can include the ones that will make your pitch the most “delicious.”

What Is a Query Letter – Definition #8

No, your pitch letter shouldn’t rhyme; however, a well-crafted query letter is like a poem. A piece of art. It also has to communicate a lot of power in a small amount of space (a query can’t be more than one page–I’ll explain this later). That means you have to have sentences with multiple layers of meaning. For example, a single sentence in your pitch letter might identify your target market, show that you understand your market, and compare/contrast a similar competing title.

Whenever I’m writing a query letter for one of my coaching clients, I try to make as many sentences as possible communicate two or more things. It’s definitely not easy to do, however, when you manage to pull it off you get responses like this one from Laurie McLean with Larsen-Pomada Literary Agents. This following replay is part of a letter she sent me after I queried her about one of my former literary agency clients, who’d lost his publisher.

And I had no previous connection
or interaction with Ms. McLean.

“Dear Mark… Your query letter was, bar none, the absolute best I’ve ever received pitching an author’s work. Short and direct, yet packed with information. I’d be a fool not to beg you for a look… please mail it to my personal address so it won’t get mixed up with the hundreds of pieces of mail and packages we receive each week.”

What Is a Query Letter – Definition #9

Agents hardly ever do it.

What Is a Query Letter – Definition #10

Over the past several years I’ve helped hundreds of authors (most of them previously unpublished) write successful query letters. They’ve gone on to get the attention of literary agents; and many of them have also gotten major publishing deals with top publishing houses like Penguin, Random House, and Thomas Nelson.

Now that I’ve answered the question, “What is a query letter?”
click here for the next article in this series – an important
Literary Agent Query Letter Warning.