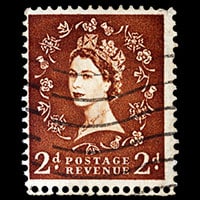 What is a SASE for a query letter? This article explains. It’s part of our free 15-part guidelines on How to Write a Query Letter by Mark Malatesta, a former literary agent and former Marketing & Licensing Manager of a well-known book publisher.

This article answers the question:
What is a query letter SASE?

What Is a SASE for An Agent Query?

Believe it or not, not all literary agents accept email queries.

That doesn’t necessarily mean they’re not competent book agents; there are plenty of very established literary agents that prefer to receive queries by mail. When you come across someone like that on a list of literary agents or in a Literary Agent Directory, you’re likely to see references to something called a SASE.

What is a Query Letter SASE?

Standard practice in the United States’ publishing industry is that all authors submitting agent queries include a return envelope with their query. Literary agents will then use that envelope to send you a rejection letter or, much better, an invitation to submit additional material.

Most literary agents require you to use a No. 10 envelope for your SASE. That’s simply a normal business-size envelope, the kind you get in the mail with bills.

What is a SASE – Folded into Thirds

When you include your SASE, fold it into thirds so it fits easily in the envelope you’ll be mailing.

The SASE should be addressed to you.

What is a SASE – Prepaid Postage

Include sufficient postage to cover the cost of:

Why don’t literary agents pay for the postage? If literary agencies had to pay return postage for all the submissions they receive every month (more than 1,000), they’d go broke!

Not really, but they aren’t
going to pay for the postage.

What is a Query Letter SASE – Moneysaving Tip

If you want to save a few dollars, submit a self-addressed stamped postcard instead of a SASE. Just make sure you make it easy for the literary agents to reply. They won’t be able to mail you any form letter that they might normally use. And they won’t be able to type any comments on your postcard.

____ Thank you for your interest but this project isn’t right for us.

What Is a SASE for Query Letters?

Something that’s definitely going out of style.

Although every literary agency used to accept SASE submissions, most book agents no longer accept hard copy submissions. Instead they prefer the speed and efficiency of email. Others appreciate the fact that email is easier on the environment.

Now that I’ve told you… What Is a SASE for a Query Letter?
click here to see the best Email Query Letter Format.