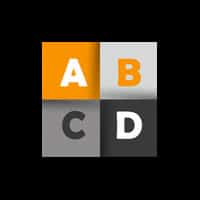 Query Letter Template – What’s the best template to use when writing a query letter? In other words, how can you make your agent query stand out from the crowd so you can get top literary agents fighting over the opportunity to represent you? This article explains. It’s part of our free 15-part guidelines on How to Write a Query Letter by Mark Malatesta, a former literary agent and former Marketing & Licensing Manager of a well-known book publisher.

This part of the training reveals
the best query letter template.

Before I reveal my query letter template, there’s something you should know. Literary agents have to write query letters too, because that’s how they sell books. The only difference is that (when a literary agent does it) it’s called a “cover letter.” And literary agents meet with editors and publishers first (or call them on the phone), to tell them what the book is about. Then they ask if they can send it along, and do so (by mail, email, or messenger), with a cover letter.

In other words, I didn’t just read more than 60,000 queries during the time I was a literary agent, I also wrote my fair share. And I’ve written a lot more during my time as a book publishing coach, since I retired from being a literary agent. So, the query letter template I’m about to share with you works.

The end result (I’m proud to say) is millions of books sold with works also being picked up for TV, stage, and feature film (with companies like Paramount Pictures and DreamWorks); countless awards; and books being licensed for foreign editions around the world. So scroll below now to see my query letter template. Perhaps in a few days or weeks from now, you’ll write to tell me that you just got a top literary agent, publisher, and book deal.

The query letter template you’re about to see isn’t like anything you’ve seen before. It’s not available on any other website, or in books. At least not yet–it’s cutting edge. As I mentioned during an earlier portion of this training on Query Letter Examples, most of the information you’ll find published about queries, in books and online, is lacking. It’s also often conflicting.

It isn’t all bad…

But, if you follow that advice, your query letter will only be half as good as it could be (literally). And that means you’re twice as likely to get lots of rejection letters. So take a look at my query letter template below now and see if you can avoid that.

The primary difference between my query letter template and those you’ll see taught by others is that I communicate a lot more “value” in my query letters (I explain this thoroughly in Part 4 of this training called Writing a Query Letter). One of the ways that I communicate more value is by dividing a query letter into four topic areas or sections. I say “sections” instead of paragraphs because every once in a while it’s better to expand one of the sections below into two paragraphs.

Here are the four main sections…

The first section of my query letter template is
where you should explain what your book is about.

This section should include the title and subtitle of your book, the primary book genre or category it fits into, and the word count. If you have a query letter hook, that should probably go at (or near) the beginning of this section. This section of your query letter is also where you should mention what your target market is, along with any important observations you’ve made about your market or your genre.

If your book was previously represented by another literary agent, reviewed by publishers, and/or published (including self-publishing) that should be communicated here as well. This section of my query letter template is also where you might mention the story or inspiration behind your book, and say whether your book is meant to be a standalone title or part of a series.

Of course you’ll also want to have a “mini book synopsis” in this section, revealing what happens in your book if it’s fiction, or what type of material you cover if it’s non-fiction (I’ll talk more about book synopses later in this training).

The second section of my query letter template is where you should give literary agents context. In other words, show how your book is similar to, and different from, other titles that have already been published. This section is usually the hardest to write because most authors are much more knowledgeable about their own book than about books written by their competition. Most authors don’t even want to acknowledge that they have competition.

However, it’s critical that you don’t fall into that trap.

One of the main reasons that authors fail to sell their books isn’t because their books aren’t any good. It’s because the authors get so wrapped up in explaining what their books are about, that they they fail to show how they’re different from everything else that’s already on the market.

This author seems credible, but I feel like
I’ve seen this before or it’s already been done.

That’s the formula for success.

Authors often think it’s a good thing to write something completely original–it’s not. If you say that you’ve written something like that to book agents, they’re going to think one of two things: 1) You haven’t done enough competitive research; or 2) There isn’t a market for your book. If there was, someone else would have already done something similar.

So, use this section of my query letter template to create context and communicate your book’s uniqueness. Not sure what to say? You can talk about your content, but you can also talk about your style.

Just make sure you
talk about something.

The third section of my query letter template is meant to establish your credibility as an author, and your credibility (or potential) as a promotional partner that can help sell lots of books. Think of this section as an expanded biography. Of course, you should only include biographical information that’s relevant to your book though–details that reinforce your credibility as someone qualified to write your book and/or promote it.

Here are a few ideas to get you started…

You might share whether you’ve ever been part of any writers’ groups or attended any writers’ conferences, seminars, workshops, or retreats. Same thing if you’ve ever worked with a book coach, consultant, or editor (that shows you’re a professional and coachable). If you have influential testimonials, you might mention those as well. And you should mention any experience you have with public speaking, publicity, public relations, or the media.

Part Four – Query Letter Template
Why Are You a Good Promotional Partner?

The fourth section of my query letter template is designed to make you look like a good promotional partner. In other words, someone who can help your publisher sell books. This is where you need to communicate your ability, willingness, resources, and plan to promote your book.

Now, before you start thinking of things to say, keep the following in mind: There are types of content that you can put in this section, and they are not created equal.

1) Promises about your willingness to promote your book

For instance: “I’m willing to participate in book signings and create a website to promote my book when it’s published.” That kind of statement is basically useless because it’s just a promise that you might–or might not–follow through on. And agents are famous for saying things like, “Give me proof, not promises.”

2) Promotional plans that you don’t have complete control over

For instance: “I recently met so-and-so at a writers’ retreat last month and she said that she might promote my book in her popular newsletter to her mailing list if I get a publisher.” This type of statement is better than nothing, but it’s not nearly as good as the next type of statement.

For instance: “I’ve already confirmed speaking engagements for the next 12 months that will put me in front of 25,000 people, and I’ll be able to promote my book from the stage. I also get 15,000 visitors to my website each month, and I have 18,000 followers on social media. I also have blurbs from [insert names of famous people here], who’ve already read my book.”

Here’s another one: “Although I don’t have a big mailing list of my own yet, one of my good friends does (he writes in my genre). We have a written agreement and he’s going to send out a 3-part promotional email campaign over a 30-day period to his list of 75,000 people.”

These types of statements aren’t empty promises. They’re solid, no BS plans that will get even the most jaded literary agents excited about working with you. Of course, they also have to love your book.

But that’s a given.

If you’re feeling overwhelmed by my query letter template and all the information I just shared with you, don’t worry. Here are a couple things for you to keep in mind.

First, you don’t have to hit a homerun or do an excellent job
in every one of the four parts of my query letter template.

And I’m going to prove it.

On the next page of this free multi-part training, I’m going to share a query letter that an author submitted to me when I was a literary agent. She didn’t follow my query letter template perfectly, but she did an excellent job talking about the market for her work. I took her on as a client and got her a multi-book deal with a major publisher.

So click here now to read the next article in this query letter
training and take a look at this Sample Query Letter.