Examples of Query Letter – How to Write an Agent Query 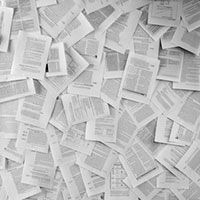 Query Letter Examples – Where can you find the best sample query or query letter template to help you write your pitch? Both are explained in this article, which is part of our free 15-part guidelines on How to Write a Literary Agent Query Letter by Mark Malatesta, a former publishing agent and former Marketing & Licensing Manager of a well-known book publisher.

This part of the training explores query letter examples.

The publishing industry is no different
than most other industries.

In other words, it’s well-established; as a result, it is sometimes (some might say always) slow to change. For example, it took forever for most publishers to offer eBooks. In some ways, I respect that the publishing industry is slow to adopt new ways. If it ain’t broke, don’t fix it. Fine. But the current format for writing a query letter has got to go.

I’m going to show you some query letter examples
so you’ll know what I’m talking about.

Here’s one of the many “successful” query letter examples I’ve seen online. The author shared it during an interview as a tool to help other authors be successful, after she got a good literary agent and book publishing deal. It’s not bad. Obviously, it helped her land an agent and book deal.

It could have been a lot better.

I’m currently seeking representation for my YA novel, FALLS THE SHADOW. Given your interest in science fiction, I thought it might be a good fit for your list.

When Cate Benson was twelve, her sister died. Two hours after the funeral, they picked up Violet’s replacement, and the family made it home in time for dinner and a game of cards.

It’s the year 2055, and Cate’s parents are among the wealthy elite who can afford to give their children a sort of immortality—by cloning them at birth. So this new Violet has the same smile. The same laugh. That same perfect face. Thanks to advancements in mind-uploading technology, she even has all the same memories as the girl she replaced.

She also might have murdered the most popular girl in school.

Or at least, that’s what the paparazzi and the crazy anti-cloning protestors want everyone to think: that clones are violent, unpredictable monsters. Cate is used to hearing all that, though. She’s used to standing up for her sister too, and she’s determined to do it now—even if proving Violet’s innocence means taking on those protestors and anyone else attacking her family. But when her own life is threatened—not by protestors, but by the very scientists who created her sister’s clone—Cate starts questioning everything she thought she knew about the cloning movement. About herself. About her sister.

And the answers she finds reveal a more sinister purpose for her sister’s copy—and her own replacement—than she ever could have imagined.

FALLS THE SHADOW is complete at 80,000 words, and is the first in a planned series. The manuscript is available, in part or full, upon request. Thanks for your time and consideration!

Query Letter Examples – Breaking It Down

What do most query letter examples
(like this one) have in common?

They all follow the old formula
for writing queries.

In other words they start with a bit of personalization stating why the author thinks his or her book might be a good fit for the agent. Then they have a “hook” (something interesting to get the agent, well, hooked),  followed by a mini-synopsis or summary of the book, and then little or nothing (in this case nothing) about the author.

That’s the way it’s been
happening for eons.

But I’m
changing that.

I’m going to show you
what it is in just a moment.

Query Letter Examples – Why This Is Important

If you’re passionate about getting published, you’ll do almost anything to give yourself a competitive advantage. Especially if you know that top literary agents get approximately 1,500 queries (sometimes more) each month. And they reject 95% of all queries.

But I’m guessing you
probably already knew that.

Top literary agents only take on approximately six new clients a year. Half of those clients (3) are already published. Or they’ve already worked with an agent in the past (maybe their agent dropped them, got out of the business, retired, or passed away). It happens.

In other words, top book agents only take on (on average)
approximately one new unpublished author every four months.

So, it’s critical that you make your query letter as good as it can be. Especially if you want to get multiple agents interested in your work. When that happens (you get multiple agents offering representation), you then get to “interview” the agents and find out which one is the best fit for you.

Now that you know why some query letter examples are
better than others, click here to discover my best
advice for Writing a Query Letter.