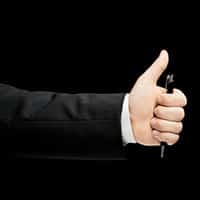 Query Letter Writing – How to Write an Agent Query

Writing a query letter that stands out from the thousands of other queries read by literary agents every month isn’t easy, but it can be done. This article shows you how, and is part of a free 15-part training called How to Write an Irresistible Query Letter written by Mark Malatesta, a former book agent and former Marketing & Licensing Manager of a well-known book publisher.

This article reveals a new way to
look at writing a query letter.

Writing an effective query (or anything else) starts by knowing the purpose of what you’re writing. But what is the function of a query letter? If you read the first part of this article series called What Is a Query Letter? you already know that a query letter is a piece of correspondence (sent by email or postal mail) that’s designed to get top literary agents fighting over the opportunity to represent you and your book(s).

That’s putting the proverbial
cart before the horse.

No literary agent is going to offer you representation (and no publisher is going to write you a check), based on your query letter alone. In other words, your goal when writing a query letter should simply be: 1) Get your foot in the door; 2) Make agents curious to know more; and 3) Get agents to trust you.

My unique approach to writing query letters is based on a simple, but powerful, idea… the fact that most authors are selling themselves short when writing a query letter. That’s because they’re using the outdated query letter template that’s been around since literary agents appeared in publishing in the 1800s.

And, every author is saying
virtually the same thing.

Before I show it to you…

Here’s a 30-second primer on book proposals
to help you understand how it works.

You can get up to 25 “trust points” for each paragraph,
for a total possible score of 100 points.

In other words, if all you do in your query letter is explain what your book is about, and include a short bio, the highest point score you can get is 50.

Writing a Query Letter
Seeing and Selling Yourself

If you’re uncomfortable talking about (or promoting)
yourself, I understand–you’re not the only one.

Think of it this way…

Literary agents and book publishers are like bankers and you (the author) are like a small business owner (writing is your business). When you’re writing a query letter, you’re basically asking book agents and publishers to invest in you (their time and money) as a “partner” to help your book become successful. In this context, talking about yourself isn’t bragging, it isn’t in poor taste, and it isn’t about ego.

It’s a necessary part of your business.

Don’t worry, I’m going to show you
exactly how to do that in just a moment.

There are 125 different things you can say (or, in some cases, not say) when writing a query letter that will get literary agents to trust you–most authors are only aware of a few. By the way, this is the same idea/approach that I used when writing pitch letters as a literary agent, and it’s the same approach I use now when providing someone with a Query Letter Critique.

Now that you understand my approach to writing a query letter
let me show you my unique Query Letter Template.